Who is Kinja Dixon?

Imagine having no set identity. Believe it or not, embracing this concept saved Kinja Dixon’s life. In 2009 at 30 years old, he began his complete life Re-Creation. First, he reidentified with his attachment to food and 125 pounds of excess weight has been shed thus far. Completely letting go of his celebratory ritual of drinking alcohol followed. The mixture of new habits rippled into his professional development as a sales executive. As his desire to compete with others lowered, his performance increased. In October 2013, he retired from his 14 years sales career after winning the Gold Stevie(stevieawards.com) and the ARDA(arda.org) Awards and was given the official title as that year’s number 1 sales executive in the world.

In January 2014, he released his first book, Universal Talk Laws and has been used by individuals, companies, organizations and colleges to share his take on how to win the battle against ourselves in every aspect of our existence. Continued emotional, physical and financial mastery is his sole focus and in this stage of his life, he thrives on helping others along their journeys. An interactive training course (Dixonondemand.com) and a theatrical experience (Re-Creation Encounter) have also been newly developed tools used to help thousands of seekers who want their intentions and actions to speak louder than their words.

In August 2018, with the inclusion of 21 of his most transformative clients’ stories,he has released a life mastery manual titled, Re-Creationism, The Art of Shaping Reality (Re-Creationism.com). 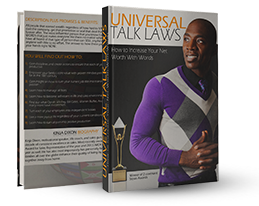 Universal Talk Laws. Buy it TODAY
Buy a book, always have a chance at $10,000 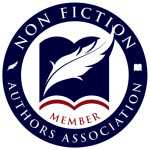